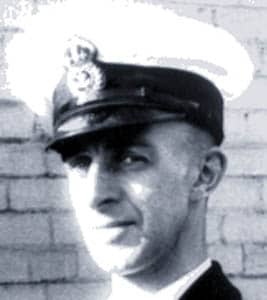 In 1940 Brown was called up and spent most of World War II in either New Zealand waters or the Pacific onboard various minesweepers that the Royal New Zealand Navy had converted from small merchant ships.  These included HMNZS PURIRI, of which he was Coxswain when that ship was sunk by a mine laid by the German raider ORION off the coast of Whangarei and speaks vividly of that sinking.  In addition Brown also served onboard HMNZS MURITAI in the Suva area, HMNZS MATAI and finally the corvette HMNZS ARBUTUS.

Ivan Brown retired from the RNZN in 1945 having achieved the rank of Chief Petty Officer.