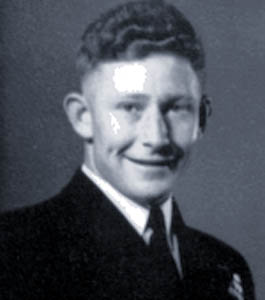 Yeoman of Signals Willoughby Wheldale joined the New Zealand Division of the Royal Navy in March 1941.  On completion of training as a signalman he was sent overseas to serve with the Eastern Fleet of the Royal Navy.  He describes the lead up to the fall of Singapore and operations in the Bay of Bengal from his perspective as a signalman in the cruiser HMS EMERALD.

Following the pull back of the Eastern Fleet to Mombasa Yeoman of Signals Wheldale was posted to seaplane carrier HMS ALBATROSS, the headquarters ship for the invasion of Madagascar.  This action is described in some detail.  He was then returned to New Zealand but was torpedoed off the South African coast and spent some time in a lifeboat before being rescued.

After service at Tiri Island and Auckland Command Headquarters, Yeoman of Signals Wheldale was sent to the United Kingdom and then to Egypt where he became the Yeoman of Signals of the Flag Officer Levant.  He was present at the repatriation of Greece.  He then joined the destroyer HMS WOLVERINE and describes anti-submarine patrols in the Straits of Gibraltar.

Yeoman of Signals Wheldale was discharged from the RNZN in March 1946 and re-entered the Royal New Zealand Navy in April 1947.  After a period of training signalmen at HMNZS TAMAKI, he was posted to HMNZ ships TAUPO and HAWEA during their deployment to the Mediterranean Fleet in 1950.  He was a member of the winning crew of the Hamilton Cup, the famous whaler race in Malta.  Willoughby Wheldale retired from the Royal New Zealand Navy in April 1951 having attained the rank of Leading Signalman.