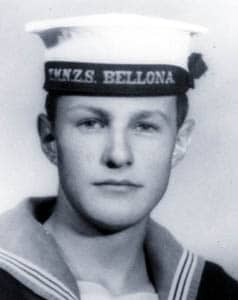 In 1957 Mangos completed his shallow water diving course which lead to a lifetime career in diving.  He was involved in just about every diving operation that the RNZN took part in during his service, including the counting of oysters in Foveaux Strait, mapping the underground river at the Waitomo caves, salvage of a RAAF F111 off Waiheke Island, clearance of coral outcrops in the Pacific islands, countering W.W.II ordnance and supporting various police operations.  He also talks of the ongoing training of divers and the many exercises they undertake including deep diving techniques, attacking ships at anchor and defending ships against underwater attack.  In addition to diving duties he was First Lieutenant of the survey ship HMNZS LACHLAN.