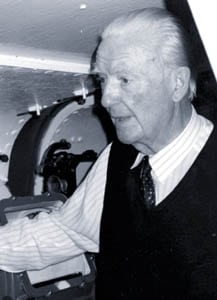 Dr Dietrich joined the German Navy in 1937 and after training as an officer cadet joined the pocket battleship GRAF SPEE.   He describes her deployment to the Atlantic prior to the outbreak of war and her engagement with HM cruisers ACHILLES, EXETER and AJAX at the Battle of the River Plate.

When GRAF SPEE was scuttled Dr Dietrich  became the adjutant to Captain Langsdorff.  The crew of GRAF SPEE was interned in Argentina and it was Dr Dietrich who discovered his Captain dead after taking his own life.

Dr Dietrich escaped from the internment camp and walked over the Andes to Chile and returned to Germany.  He served the war in E Boats (known as German Schnellboote – fast boat) and was captured by the British during the Normandy landings.  He was taken to the United States eventually returning to Germany in 1946.

Following a period at university Dr Dietrich joined the German Diplomatic service and was stationed in New Zealand in the 1960’s.