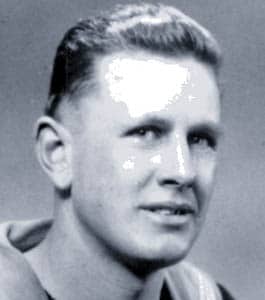 Warrant Officer Gunnery Instructor Jack Baigent joined the Royal New Zealand Navy in January 1951 as a seaman boy.  After basic training at HMNZS TAMAKI and onboard the cruiser HMNZS BELLONA he specialised in gunnery.  He was  sent  to the Royal Australian Naval Station HMAS FLINDERS in Australia for intensive training as a gunnery instructor which led to a long career of postings as Gunnery Instructor onboard various RNZN ships and in numerous shore establishments.  Baigent served in the first commission of the frigate HMNZS WAIKATO, was a member of the first commission of the cruiser HMNZS ROYALIST and hints at that ship’s encounter with Egyptian MTB’s during the Suez crisis.  He was an instructor in HMNZS TAMAKI during the move from Motuihe Island to Fort Cautley and trained the first intake of New Zealand trained naval Officers.  He was also the Chief Boatswains Mate for the delivery voyage of the frigate HMNZS WELLINGTON to New Zealand.

Jack Baigent retired from the Navy as a Warrant Officer in 1985.  In 1986 Jack Baigent became a member of staff at the Navy Museum where he remained until October 1991.