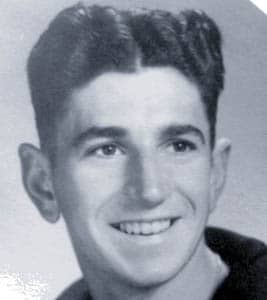 Instructor Commander James Davies joined the Royal New Zealand Navy under the auspices of Scheme B in 1945, however before he could be sent to Britain for training World War II ended and he was discharged.  After experience as a school teacher he rejoined the RNZN in 1950 as an Instructor Lieutenant.  After completing his divisional training at the shore establishment HMNZS PHILOMEL he was posted to HMNZS TAMAKI on Motuihe Island as part of the instructor complement at that shore training establishment.  During his time at HMNZS TAMAKI Davies was sent over to Australia for an Action Information Organisation course at HMAS WATSON.  In January 1952 he was posted to HMNZS ROTOITI which was returning to Korea for its second commission during the civil war in that country.  Davies talks of his time with the New Zealand Army on the front line and of operations on the Korean coast and up the Han River.

In 1953 Davies returned to HMNZS PHILOMEL and then HMNZS TAMAKI spending the next two years teaching new trainees and in recruiting teams.  He served briefly in the cruiser HMNZS BELLONA before going on a two year exchange with the Royal Navy serving at the shore establishment HMS ST VINCENT.  Upon his return to New Zealand he was based mainly at HMNZS PHILOMEL and was instrumental in setting up the Fleet Examination Centre.  In addition Davies served in staff postings at Defence Headquarters including Director of Officers’ Postings and finally Director of Defence Education.

James Davies retired from the RNZN in May 1975 having attained the rank of Instructor Commander.