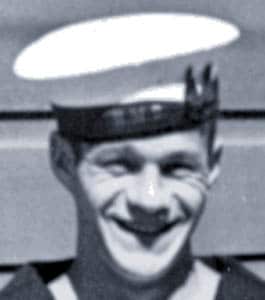 Telegraphist Ian Middlemiss first experienced service in the Royal New Zealand Navy as a Boy when he joined the Naval Auxiliary Patrol Service in 1942, serving onboard the patrol craft CHATHAM Pennant No.Z164 which was based out of Dunedin.  When he turned 18 in 1944, Middlemiss joined the RNZN as a telegraphist, though his service was short lived due to the cessation of hostilities the following year.  Ian Middlemiss served at North Head Port WT station and onboard the minesweeper HMNZS KIWI before being discharged in April 1946.