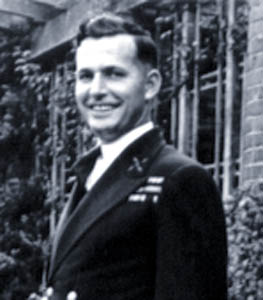 Chief Electrician Harold Vincent joined the New Zealand Division of the Royal Navy as a Seaman Boy in 1940. He completed basic training at the shore establishment HMS TAMAKI on Motuihe Island and in mid 1941 was posted to the cruiser HMS LEANDER where he qualified as a torpedo-man.  He was a member of the forward damage control party during the Battle of Kolombangara and speaks of the action from his perspective between the decks.  After HMS LEANDER was taken to the United States for repairs Vincent was sent to the United Kingdom, where in mid 1944, after completing various courses he was posted to the cruiser HMS ORION. Vincent served onboard this ship during the latter part of World War II when it was stationed in the Mediterranean and tells of the landings in the south of France and of the bombardment in support of New Zealand troops on the west coast of Italy.  He also describes life in Trieste where HMS ORION was stationed as a guard ship at the end of the war.

Harold Vincent returned to New Zealand in early 1946 and subsequently served on the cruisers HMS BELLONA, HMS BLACK PRINCE and HMS ROYALIST.  He became a recruiter for the Navy towards the end of his career, retiring from the Royal New Zealand Navy in April 1974 having attained the rank of Chief Electrician.