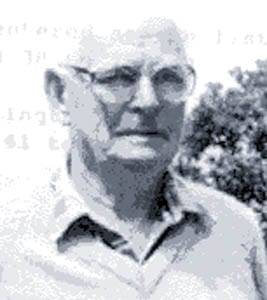 Yeoman of Signals John Salter joined the New Zealand Division of the Royal Navy Volunteer Reserve in 1930.  Towards the end of 1940, with the outbreak of World War II, Salter was called up and sent to Navy Headquarters in Wellington for basic training before being posted to various port signal stations, including Stephens Island in the Cook Strait.  In mid 1942 he was posted to the Bird class trawler HMNZS MOA which was operating in the Pacific.  Salter experienced the enemy action off Kamimbo Bay, near the NW tip of Guadalcanal Island while in HMNZS MOA, on the night of 29/1/43; HMNZ Ships MOA and KIWI  fought a successful action and Salter was Mentioned in Despatches for his part.  Salter was still onboard HMNZS MOA at Kolombangara when the ship came under attack from four Japanese landing barges; HMNZS MOA’s crew received extensive burns, some had splinter injuries as well.  He received the British Empire Medal as a result of his gallantry in rescuing another member of the ship’s company.

In late 1944 Salter came ashore to HMNZS TASMAN to train signalmen for just under a year before joining the cruiser HMNZS ACHILLES for the remainder of his war service.

John Salter was discharged in early 1946 having attained the rank of Yeoman of Signals.