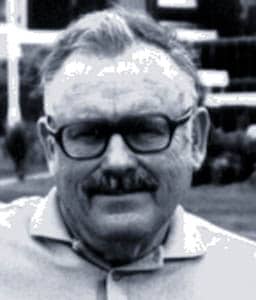 Fitzgerald went to Korea  during that county’s civil war onboard the frigate HMNZS KANIERE, where he served as a dental assistant and describes the conflict from his point of view, including time spent with K Force. A little later he was lucky enough to be posted as a sick berth attendant onboard the Antarctic support vessel HMNZS ENDEAVOUR when it was involved in oceanographic surveys in Antarctica, and regards being able to go to Scott and Shackleton’s huts as a highlight of his naval service.

Fitzgerald volunteered for deployment to Vietnam during that country’s civil war, as part of a medical team. The transcript details the primitive conditions experienced at Phu Vinh in a civilian cottage hospital, without power or refrigeration and the huge variety of medical problems that were treated in addition to war wounds – a substantial number of the patients being Viet Cong.  Improvements to the hospital were achieved by barter and deals with the Americans.  In addition to his work in clinics and hospitals Fitzgerald went on a number of patrols with American forces as a field medic, and spent time under fire from the Viet Cong.  A theme of Kiwi ingenuity imbues the transcript in particular during this period.

During his long career Fitzgerald served on most ships and in many shore establishments including HMNZS IRIRANGI, he retired, Warrant Officer, from the RNZN just before Christmas in 1980.