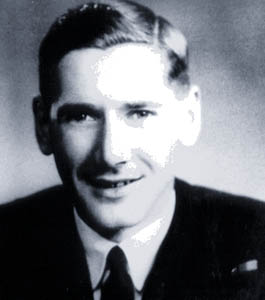 Lieutenant Kenneth Petrie joined the Royal New Zealand Naval Volunteer Reserve in 1941.  He sailed to Britain via Panama onboard the New Zealand Shipping Company passenger-cargo vessel RIMUTAKA.  After initial training at HMS ST VINCENT as a Naval Airman 2nd Class and specialised flying training at the Royal Air Force stations at Elmdon and Netheravon, in March 1942 he was commissioned into the Royal Navy as a Temporary Sub Lieutenant (A).  In October 1942 he was sent to the United States for training at the Fleet Air Arm Base SAKER II in Rhode Island to train in Avenger torpedo bomber aircraft.  In early 1943 having completed his training at Quonset Point, a US Naval Air Station at Rhode Island, and at Norfolk in Virginia he joined the aircraft carrier HMS VICTORIOUS and the Avenger squadron 823.  HMS VICTORIOUS was sent to the Pacific and Petrie and the rest of the 832 Squadron spent some time onboard the aircraft Carrier USN SARAGOTA.  The ship and squadron returned to Britain in late 1943 and immediately became involved in operations against the German Cruiser LUTZOW.

Three weeks after the cessation in hostilities Kenneth Petrie returned to New Zealand and was discharged in December 1945 having attained the rank of Lieutenant.